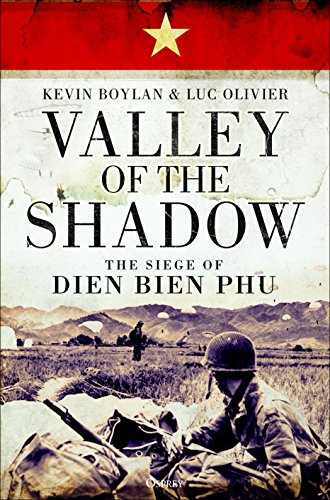 Críticas This book is the most detailed analysis yet published of Dien Bien Phu. The authors' research in recently available Vietnamese sources raises our understanding of this world-changing battle to a new level. It is underpinned by maps, orders-of-battle and statistical material which are of unprecedented completeness for a Western publication. Every chapter has surprises to offer which either change our perceptions, deepen our understanding, or both. (Martin Windrow, Author of 'The Last Valley')Boylan's and Olivier's new work on the siege of Dien Bien Phu is a major contribution to scholarship which in some respects surpasses and supersedes all previous works on this epic story of the post-Second World War epoch. No-one interested in the First Indochina War (1946-1954) can afford to ignore it and it should also be read by all interested in the Second Indochina War (1959-1975). Boylan (by courtesy of Merle Pribbenow's translations) has made fuller use than any previous historian of Vietnamese Communist literature on this campaign, while Olivier has dived deep into French archival sources and interviewed an impressive array of veterans. The result is a work which busts myths and corrects oft-repeated errors. [.] For decades Bernard Fall has been venerated as an authority on the First Indochina War, his ""Hell in a Very Small Place"" long regarded as the classic account of the campaign. Boylan and Olivier are not intimidated by Fall's venerable status. Fall did not have access to some of the sources that Boylan and Olivier have used and they convincingly demonstrate that he got some things wrong. It is to be hoped that Fall's great work will continue to be read, but on the military events of the campaign Boylan's and Olivier's book now sets the standard. (Dr J. P. Harris, Senior Lecturer in the Department of War Studies at RMA Sandhurst) Reseña del editor Following the end of World War II, France attempted to reassert control over its colonies in Indochina. In Vietnam, this was resisted by the Viet Minh leading to the First Indochina War. By 1954, the French army was on the defensive and determined to force the Viet Minh into a decisive set-piece battle at Dien Bien Phu. Over the past five decades, Western authors have generally followed a standard narrative of the siege of Dien Bien Phu, depicting the Viet Minh besiegers as a faceless horde which overwhelmed the intrepid garrison by sheer weight of numbers, superior firepower, and logistics. However, a wealth of new Vietnamese-language sources tell a very different story, revealing for the first time the true Viet Minh order of battle and the details of the severe logistical constraints within which the besiegers had to operate. Using these sources, complemented by interviews with French veterans and research in the French Army and French Foreign Legion archives, this book, now publishing in paperback, provides a new telling of the climactic battle in the Indochina War, the conflict that set the stage for the Vietnam War a decade later. Ver Descripción del producto