The Life-Giving Sword: Secret Teachings from the House of the Shogun por Yagyu Munenori 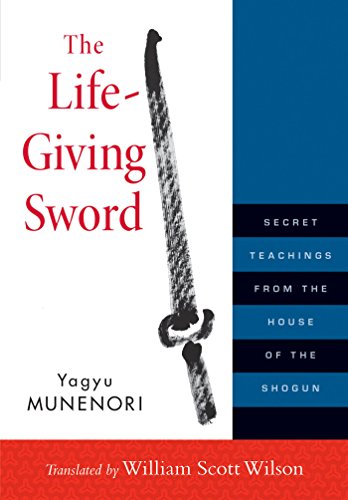 Yagyu Munenori con The Life-Giving Sword: Secret Teachings from the House of the Shogun

The legendary seventeenth-century swordsman Yagyu Munenori was the sword instructor and military and political adviser to two shoguns—and a great rival to Miyamoto Musashi. Despite his martial ability and his political power, Munenori's life was spent immersed in Zen teachings. These teachings formed the framework for his deeply spiritual approach to sword fighting. Munenori saw in the practice of the sword a way to transform the student into a total human being. The Life-Giving Sword is Munenori's manifesto on his approach. His central themes are the "life-giving sword"—the idea of controlling one's opponent by spiritual readiness to fight rather than by actual fighting—and "No Sword," which is the idea that the mind must be free of everything, even the sword itself, in order to get to the place of complete mastery. Munenori's ideas are applicable not only to martial arts but to business and human relations as well.