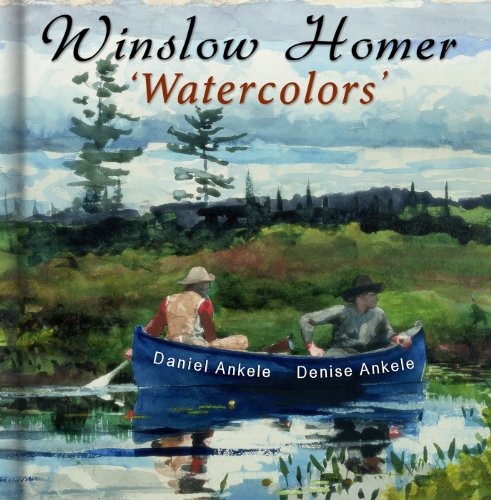 WINSLOW HOMER: WATERCOLORS Art Book contains 340 HD Watercolor on paper reproductions of landscapes, seascapes, portraits and genre scenes with gallery page for all images, museum links and interesting facts page below. Book includes Table of Contents, Top 50 Museums of the World and is compatible with all Kindle devices, Kindle for iOS and Android tablets (use rotate and/or zoom feature on landscape/horizontal images for optimal viewing).

INTERESTING FACTS:
§ Homer was first taught painting by his Mother who was a gifted amateur watercolorist.
§ In 1855, Homer apprenticed to J.H. Bufford, a Boston commercial lithographer.
§ In 1859, he opened his first studio in the Tenth Street Studio Building in New York City.
§ In 1861, Homer was sent by Harper's Weekly to sketch the American Civil War.
§ In 1863, he attended classes at the National Academy of Design, becoming proficient in oil painting.
§ In 1875, Homer stopped working as a commercial illustrator, determined to make it on his own as an oil and watercolor painter.
§ In 1877, he exhibited, An Afternoon Sun, for the first time at the Boston Art Club.
§ In 1883, Homer moved to his family's estate in Prouts Neck, Maine. There, he painted his most remarkable seascapes.
§ Homer’s oil painting, The Fox Hunt was his largest painting and the first to be bought by a major museum (Pennsylvania Academy of the Fine Arts).

NOTABLE WORKS:
Breezing up, The Fox Hunt, Right and Left, Home Sweet Home, Snap the Whip, After the Hurricane.